Breakfast with the Reserve Bank

Breakfast with the Reserve Bank

Join us for a light breakfast and coffee with Yuong Ha, Head of Economics/Chief Economist of the Reserve Bank, visiting Timaru on Friday 26th of November. 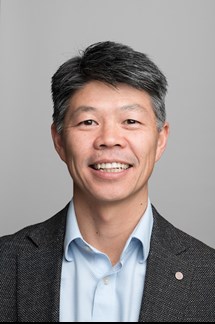 Yuong Ha is Chief Economist and Head of Economics, one of three departments under Economics, Financial Markets and Banking.

Prior to this appointment Yuong was most recently acting head of the Financial Markets Department following a period as Manager for International and Markets and Analysis. Since joining the Reserve Bank in 1997 he has held a number of roles including time in the economics department as Manager of the Modelling team and Manager of the Forecasting team. During that time he has also been seconded to the International Monetary Fund (IMF) and Statistics New Zealand.

Yuong holds a Bachelor of Commerce (Hons) from the University of Auckland.

In the special requests section when booking, please write the breakfast item you have selected: