The results of the Regional Finals have just been released.

The South Canterbury YES Company of the Year for 2021 was awarded to Amy Hay, Luke Jordan and Hamish Ryall’s YES company FrostEase from Mackenzie College. FrostEase have designed and manufactured an outdoor grade PVC canvas to create a bladder which encloses a layer of closed-cell foam that floats on the trough water, creating a layer of insulation and prevents troughs freezing over in winter, solving an age-old farming problem. FrostEase was awarded $1000 prize money and hold the South Canterbury Young Enterprise Scheme trophy for 2021.

FrostEase also took out one of the thirteen available National Excellence Awards and were awarded a $1000 Scholarship each to Massey University. “This is a massive achievement, over 1000 National YES companies had the opportunity to win this award, FrostEase won first place, brilliant success” said Stacey Gallagher Regional Co-ordinaor for YES. FrostEase will not know which National Excellence Award they have won until it is announced at The Lion Foundation YES National Finals on the 15th of December.

“The South Canterbury YES students have had another successful year, exhibiting determination and perseverance throughout the year. We have current students returning to the YES program in 2022 as YES Alumni. Being a YES Alumni opens up a new level of opportunities for them both Regionally and Nationally”

“The South Canterbury Regional Finals was a successful evening, the judges, Leonie Rasmussen from Ara Institute of Canterbury Limited, Tig Payne from The Todd Mudie Group and Councillor Peter Burt, Timaru District Council had the difficult task of deciding on a winner, it was a tough decision as all of our Regional Finalists pitched exceptionally well” said Wendy Smith CE of the South Canterbury Chamber of Commerce.

The South Canterbury Chamber of Commerce is the voice of South Canterbury business, serving the community since 1905. With over 530 members and with a strong national and international Chamber family, we work together to build better business outcomes.  We recognise that healthy business cultures lead to the improved wellbeing of all South Cantabrian’s. 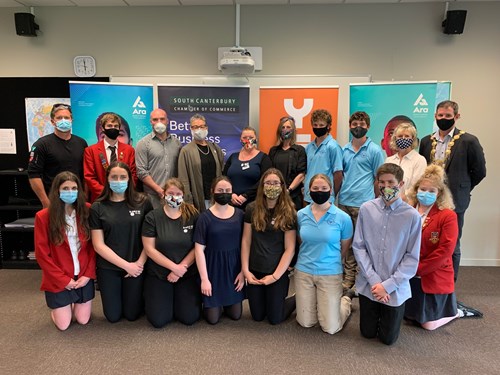 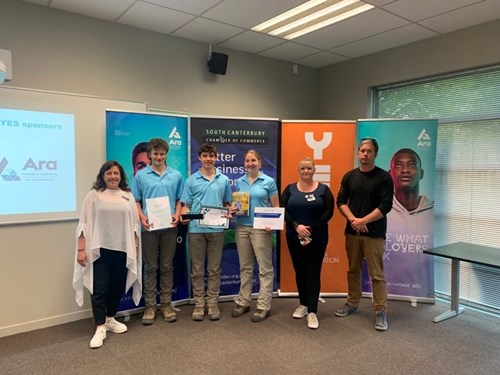 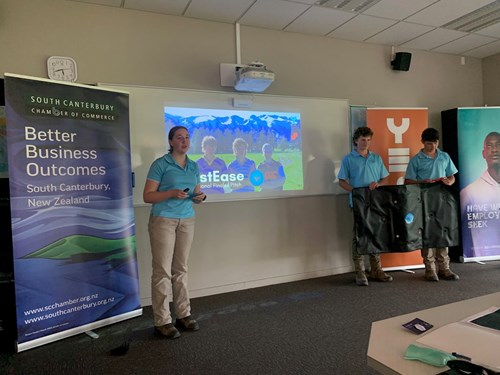 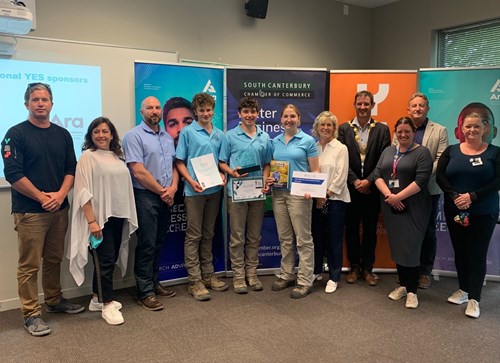